What does it mean to be a rogue-lite? That’s the topic of our Highlight-series this week.

It all started with Rogue, a dungeon crawling game in the 80’s. Then came games “like-Rogue”, which eventually evolved into into its own genre, the “roguelike”. But what does it mean to be a “rogue-lite“? In the most simplest of terms, it means taking elements from roguelikes and integrating them in all kinds of games, though the “genre” has developed some common elements of its own too.

However, there is a very common “holy trinity” of elements that are present in most rogue-lites and Gerty as well…

Though very popular in many games these days, “random generated” levels are widely considered one of the core staples of roguelikes. It’s a relatively cost effective way of adding re-playability to a game and keeping players on their toes from level to level, on every playthrough.

There are many ways a level can be generated. Most often that means creating a fairly random layout and placing items, enemies and such in a more controlled manner. Another popular method is building the level from larger, hand crafted pieces or rooms that are placed in a random order (think Spelunky and Binding of Isaac). On the other end randomization can be used to spice up hand-crafted levels by moving obstacles around and changing item and enemy placement (Left 4 Dead’s AI Director for example).

On a “random vs hand-crafted” spectrum, Gerty leans more towards the random. For a more detailed view of how our level generation is done, read our earlier Highlight on the subject. 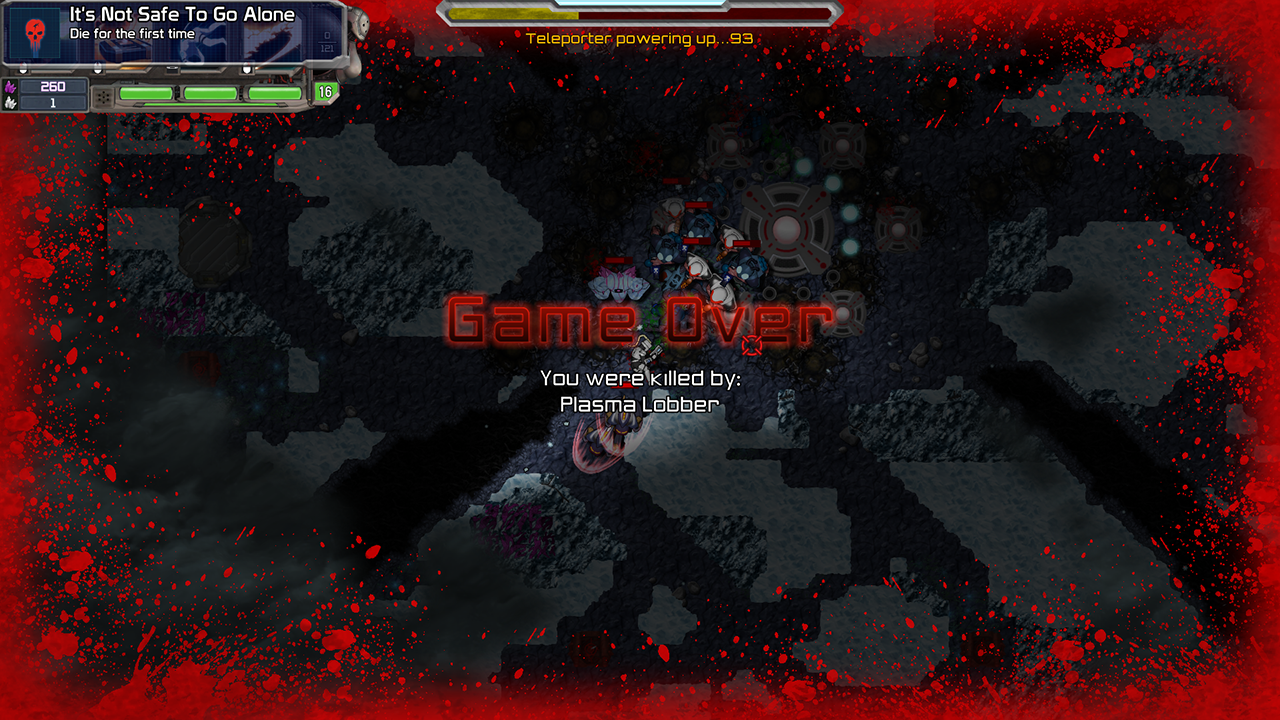 Having randomized levels wouldn’t really matter much unless you’d be expected to re-play the game a lot. This is where permanent death (aka. perma-death) comes in. Perma-death is another core staple of roguelikes and if the name itself doesn’t give it away, it means you don’t get second chances. When you die, you stay dead… until you restart the game and begin again from scratch.

Perma-death is all about building a test of skill. With each playthrough you learn more and more about the game and its challenges while also honing your skills, so that eventually you’ll have what it takes to make it to the very end in one life. Gerty is also built upon this principle, though we do give you the option of adjusting the difficulty level to your liking. And while you could re-play the same levels over and over each time you die, having new levels with new challenges each time keeps things fresh.

And to keep death from only being a penalty… 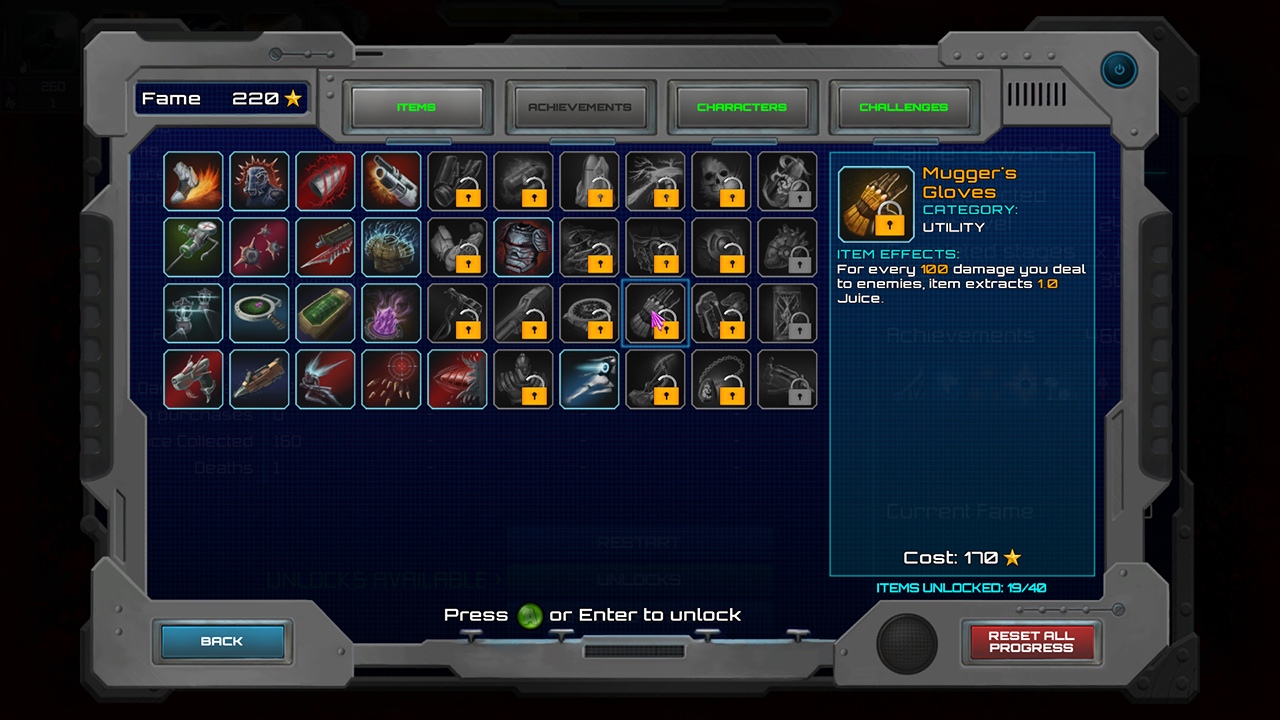 When your core game-loop is all about dying and starting over again and again, having nothing to show for your repeated efforts can get tedious. That’s where meta-progression comes in. Learning from your mistakes is fun, but it’s also great to get something tangible for your efforts.

Meta-progression can come in many styles (in-game shortcuts, permanent upgrades, temporary boosts…), but in Gerty’s case, it takes the form of unlockable content. Is Commando cramping your style, or would you just like to try something new? Unlock one of the other playable characters for a totally different experience! Or do you feel like you’d need just that tiny extra edge in combat to succeed? A wide range of new Forge items are there to help with that! And you can always mix and match characters and items for even more variety in every playthrough!